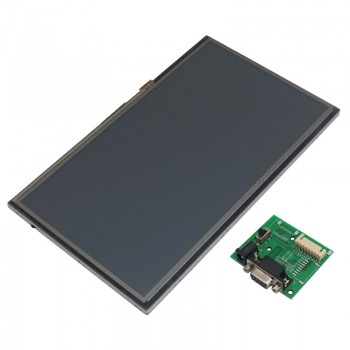 Product Architecture:
Select "Cortex-M3 + FPGA" The main advantage is that the dual-core architecture: (1) FPGA programmable logic devices, high frequency, internal instruction parallel processing, can be easily driven similarly the TFT 1440 * 900 resolution, fast refresh rate; ( 2) pure hardware drivers, an operating system or the entire system without the OS, i.e., operation power continuously 24 * 7 * 365h uninterruptible power can be reliable, no garbage redundant files; and (3) the core component is a conventional device, more than 10 years constantly goods.
Robustness of the system in the absence of instructions received state, Cortex-M3 substantially idle state, all data read and display a large load refresh operation completed by the FPGA hardware-independent, the characteristics of the architecture of the system is ensured to some extent and strong anti-interference performance. Since the FPGA is a parallel processing mechanism, so Nandflash data reading, writing, and outputs the RGB data of the SDRAM are all performed in the same clock pulse, the system ensures that the image update speed, fast response time and so on. Cheap 10.1 inch below shows the physical map substantially PCB configured with a touch screen.
Internal equipment 4.7K bytes of instruction cache, the host can not wait for user exit port continuously transmits a plurality of instructions after the procedure. The whole process is simple, reducing the large amount of program code.

Configuration Control:
1. button control
performed by the PC software for all buttons project VisualTFT screen configuration without user participation program, screen switching can be realized, or the pop-up button is pressed, and custom buttons exclusive command output; screen any button is pressed or bounce, ID, and the status screen button will upload the value to the user, the microcontroller receives the serial command and parsing operation to the current button is determined.
2. The text controls
user previously displayed text on the screen coordinates, colors, fonts and background colors through the PC will be set up, these text attributes are downloaded along with the picture to the screen configuration file, then only the corresponding user microcontroller ID text character data to complete the transmission display.
3. animation control
to achieve control of the user at any time animated GIF play, stop, pause, and upper and lower frame specified frame playback.
4. icon control
to achieve complete user switches the display state of FIG different location in the same screen, for example: a heating, cooling switching status icon, the phone battery change, WIFI device signal strength, the annular progress display.
The control curve
user microcontroller able to send over HEX AD sampling data, the screen will automatically fit around, transition of the display, without processor participation; can also zoom in or out on the sampled data AD, and then displayed on the screen.
6. The control meter
in advance dashboard set by the host computer, the user only needs to send a corresponding rotation pointer value can be realized. If the dial scale in the range 0-180, the user simply send the value 90, the pointer 90 will automatically go to the scale.
7. The progress bar control
of the direction of the progress bar, the start value, stop value, the foreground and background parameters set in advance by the host computer, the user only needs to send the corresponding display value can be realized progress bar incremented or decremented.
8. slider control
The size of the cursor in advance of the slider parameters, the scale value, beginning, end values and background provided by the host computer or the like, the user drags the cursor or clicking on a scale, the device will upload the current position of the cursor immediately.
9. A drop-down menu control
by a pre-set position of the host computer pull-down menu, menu options, text corresponding to the mapping control ID, the user clicks the icon drop down automatically pop-up menu option, click the desired menu item, then the data is automatically entered into the menu text boxes, while the screen to upload menus and menu options control ID value.
10.RTC clock controls
when the pre-set time screen display size, position, and mode (countdown, cis timing), the user download the project to the screen, the time automatically begin displaying on the screen, the operation command may be transmitted by the host computer to initiate cis or a countdown function.
11. Slide selection control
slide picker to set time effects similar smartphones. User pre-filled with all alternative data through the PC, and then set the selected and unselected color, vertical sliding so that to achieve the effect of rolling the selected data, the selected data will be uploaded corresponding to the user ID, and option value microcontroller.
12. The two-dimensional code control
user microcontroller serial port transmit text messages directly to the screen, the screen automatically draw a two-dimensional code image. FIG scan code to the user's phone to display information input. The size of the two-dimensional code, the algorithm can be set on the host computer.
13. The virtual keyboard and input
character PC in advance at a position for the pop-up screen keyboard settings, click on the region, the system will automatically pop-up built-in keyboard, the user selects text input, click OK, all input ASCII code Chinese character encoding or uploaded to the MCU. 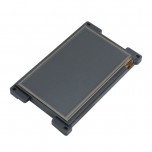